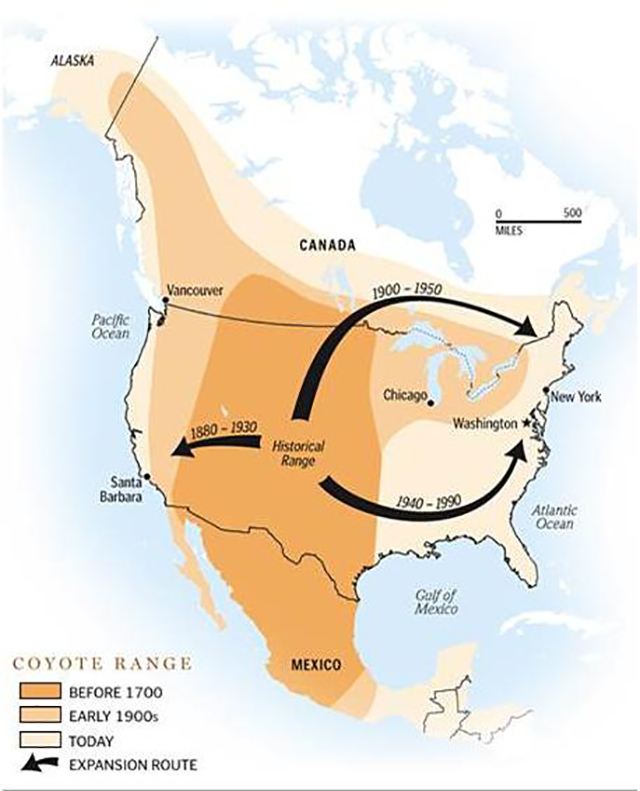 Coyotes are native to North America and currently occur throughout most of the continent. In addition to occurring in natural areas, coyotes are also found in a range of human-populated areas, including rural farms, suburbs, and cities. 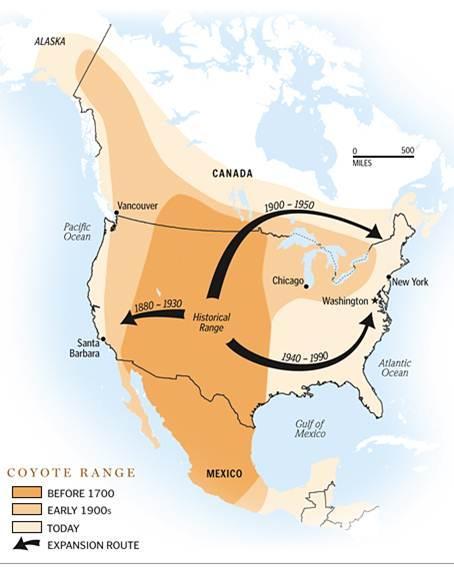 Progression of coyote range expansion throughout North America and Mexico

The historical range of coyotes prior to 1700 was restricted to the prairies and desert areas of Mexico and central North America. Since the 1700s, coyotes have dramatically expanded their range across North America and now are found in an increasing number of cities in the United States and Canada. Coyotes were initially present at the founding of the Chicago site in the 18th century but disappeared during most of the 19th and 20th centuries. The recent expansion in distribution is unique as other large carnivore populations, such as wolves and bears, were extirpated from many portions of the United States, leading to the absence of large carnivores in most urban landscapes. The emergence of coyotes in urban systems can have important ecological implications, such as through their role as an apex carnivore and subsequent effects on prey.