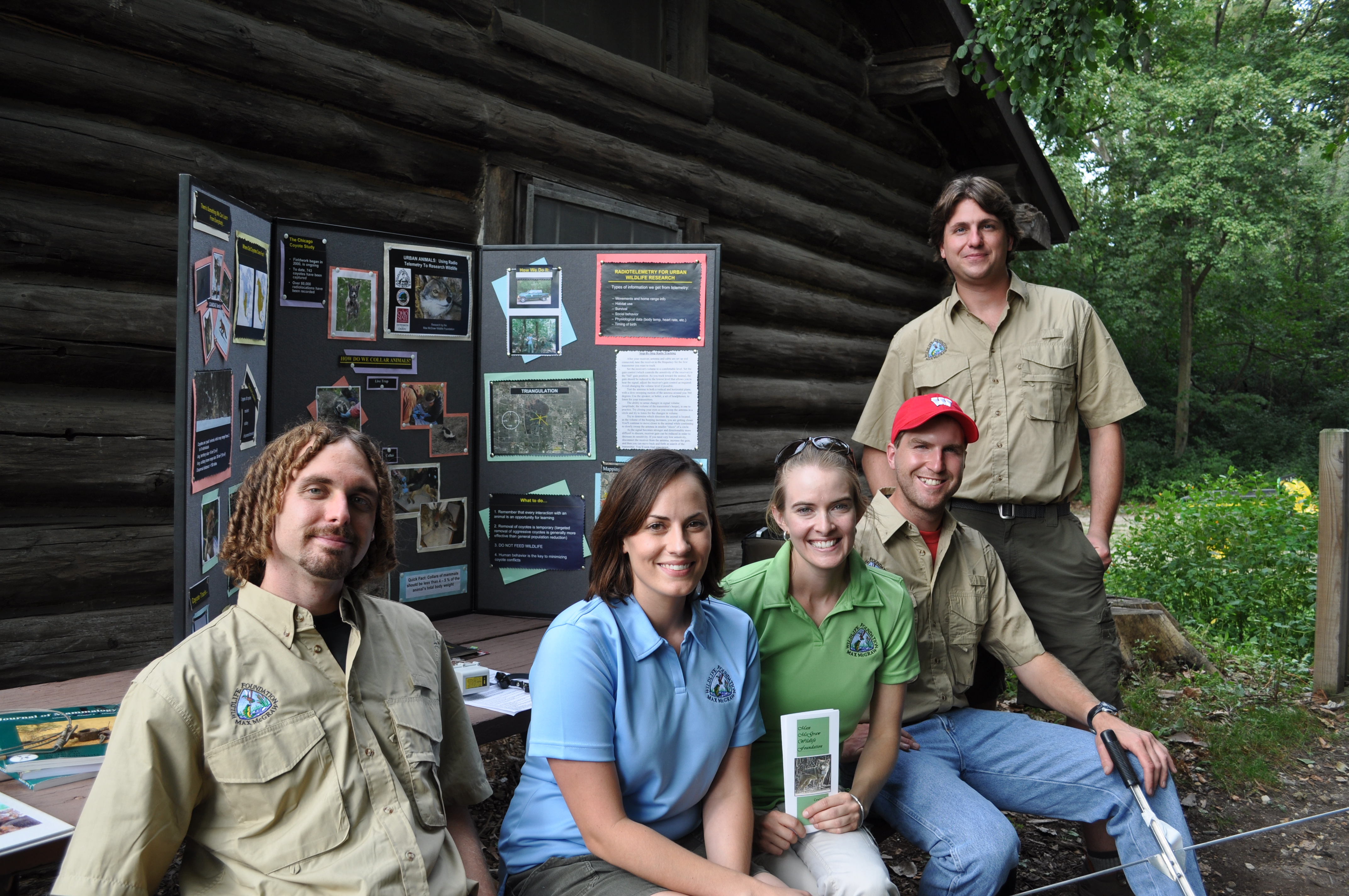 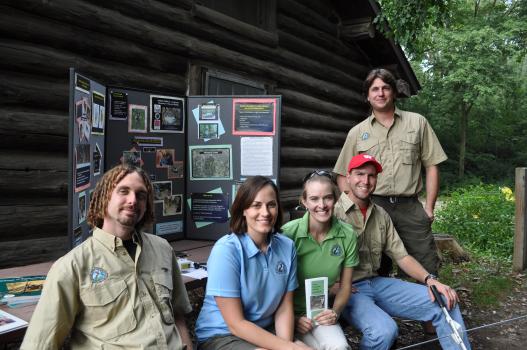 Management programs for urban coyotes should begin with public education and untangling facts from myths. People should become aware of coyote signs and understand the differences between true threats and coexistence. It is important to stress that our relationship with coyotes is directly affected by our behavior — coyotes react to us, and we can foster mutual respect or a lack of respect through cues we send to coyotes.

Some people are enamored with coyotes. They like seeing them near their yards and attempt to entice them by baiting them, or they want to try to “tame” them. Intentional feeding, such as this, should be prohibited, otherwise management solutions will be only temporary at best. People should be discouraged from inadvertent feeding where coyotes are present. This includes leaving pet food outside at night and maintaining large bird feeders that attract multiple species of wildlife.

There are instances where coyote habituation is so severe that the coyote can be considered an immediate threat to people, especially children and pets. This is when removal is often warranted. Lethal removal is accomplished either through trapping/euthanasia or direct shooting. Coyotes are difficult to trap or shoot, and these actions should be undertaken strictly by professionals, especially in urban areas. Removal efforts should observe state and municipal codes.

Because of habituation, nuisance coyotes are often easier to capture than non-habituated individuals. Removal programs designed to target specific nuisance coyotes will be more successful than broad removal programs that have a goal of removing a complete population of coyotes. It is difficult to capture all coyotes residing in an area, and as coyotes are removed, they are replaced by solitary ones.

Removal, especially lethal removal, is often controversial within communities. This is especially true when the perceived threat by coyotes is somewhat ambiguous to residents. Removal programs can also be expensive, either for residents or municipalities, and traps can occasionally capture pets. For these reasons, as well as ethical reasons, coyote removal is best employed only after education has been attempted or if there is an immediate, and obvious, threat to human safety. 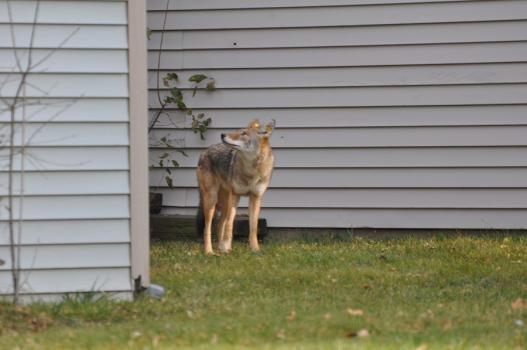 A coyote wandering through a yard during daytime hours can inspire wonder or conflict. This is coyote 434.

One option used as a compromise in mitigating coyote conflicts is to remove coyotes with live-trapping and then relocate them to a distant site. Although the primary objectives of the Cook County Coyote Project did not involve relocating coyotes, we did monitor 12 relocated nuisance (or rehabilitated) coyotes from the city of Chicago to document their movements and fates. We found that no relocated coyotes remained at their release site despite being located in favorable coyote habitat (usually they were gone within 48 hours or less), and each of them traveled in the general direction of their origin. No coyotes made successful returns, and most were killed by cars or hunters as they left the release site.

Relocation rarely is effective for any species and particularly so for coyotes. However, many removal programs still relocate coyotes with the understanding that it will likely result in the death of that individual because relocation is more palatable to the general public than euthanasia.

People should be encouraged to act aggressively toward coyotes during negative encounters, to re-instill a fear of humans in coyotes. In many cases, this involves shouting, waving, or clapping hands, and looking as tall as possible. Residents in some communities will chase coyotes by banging pots and pans, or throwing balls or rocks at them. However, this should be done within reason so as not to create conflicts that might not otherwise occur by injuring or cornering a coyote that simply wants to escape. If a coyote is not causing conflict, you should not initiate hazing efforts.

Relatively small properties that have coyote visitors may be able to use scare devices for coyotes, such as electronic sirens and lights, although these have not yet been tested thoroughly. We have successfully used game cameras with flashes to repel coyotes from yards but these may not work in every circumstance.

The state of Illinois requires professionals to report summaries of animals they remove during the year. The numbers you see in the chart below come from those reports for the section of northeastern Illinois that is primarily composed of the Chicago metropolitan area. One can see the dramatic increase in the number of coyotes removed each year during the 1990’s. Prior to the 1990’s, the number of coyotes detected and removed was quite small, as the species was relatively rare in the Chicago area.

These numbers are provided here because it is rare to have a systematic reporting system that was in place during the expansion of coyotes throughout a metropolitan area, and it is a nice illustration of the relative level of conflict between people and coyotes that accompanies that expansion. However, while it presents a fascinating story, the numbers should not be taken literally with regard to the number of nuisance coyotes in the area because the numbers are not verified and identifying ‘nuisance’ coyotes is difficult. There was obviously a tremendous increase in the number of coyotes removed each year, but the actual numbers of coyotes becoming nuisances are unknown.

Problems with the numbers include: 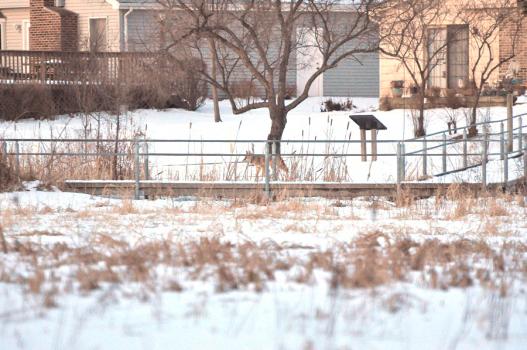 Coyotes may pass through yards quickly, often without being seen.

The Future of Coyote Management

A major finding from this research is the extent to which coyotes and people are living together; more coyotes have been observed using developed areas than expected. People are often unknowingly in close contact with coyotes each day, and in the vast majority of cases, the coyotes are still acting as ghosts of the cities, much as they did on the plains. But coyotes are watching and learning from us; we influence their behavior, and it will be our actions that determine what the future holds for our wildlife neighbors. 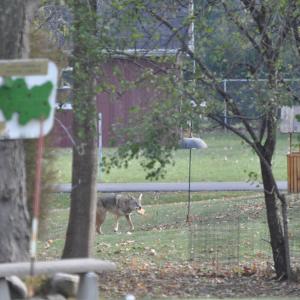