Biologists were busy tagging baby coyotes and their mothers Thursday morning in north suburban Barrington. They are tagging the animals so they can track their movements. "The genesis for the study is to understand coyote movements, understand coyote relationships between themselves and between humans," said Wildlife Biologist Chris Anchor.

Tagging coyote pups does not necessarily "help prevent attacks and the spread of disease" as this news story comments, but rather, it helps biologists learn more about urban coyote dynamics. As biologist Chis Anchor says, only a handful of coyotes in an entire population may cause conflict with humans. Tagging pups allows us to have a long-term view on coyote population distribution, social factors, and to study animal health. 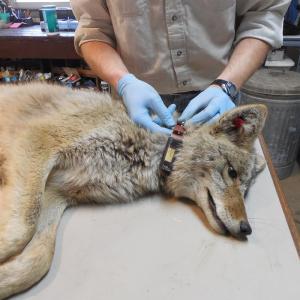 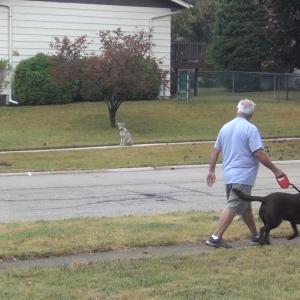