Taking a Look Inside a Coyote Den 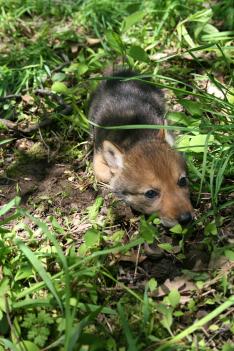 It’s estimated there are 30,000 coyotes are living in Illinois. The number in Cook County could be 2,000 or more.

With the coyote population exploding, CBS 2’s Bill Kurtis takes us an up-close look at a coyote den.

At four weeks old, the pups living in the Crabtree Cook County Forest Preserve couldn’t have been cuter. Six of them were staying in a den in the woods, but concerns about coyotes are growing among nearby residents.

The research team would like to remind viewers that coyote pups should not be handled or approached by the public.

Link
Taking a Look Inside a Coyote Den