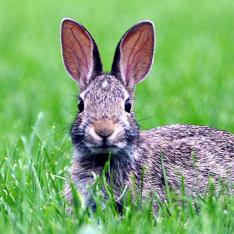 Coyotes (Canis latrans) are an opportunistic predator that have adapted to many human-modified environments. Conflicts between coyotes and humans are an increasing concern for managers in urban areas. We examined the spatial and temporal utilization and availability of natural and human-associated food for coyotes in the Chicago metropolitan area, Illinois, USA. We collected 1429 coyote scats from May 2000 to December 2002, and conducted prey surveys in 2002, in 4 sites that varied in their degree of urban development. Dominant food items included small rodents, white-tailed deer (Odocoileus virginianus), fruit, eastern cottontail (Sylvilagus floridanus) and birds. Their availability and occurrence in scats varied among sites and seasons. The occurrence of human-associated food items, which was only found in significant amounts in the most developed site, varied seasonally (2–25%). Because coyotes in less-developed areas had lower dietary diversity, these coyotes may have to venture into developed areas when there is a decline in the abundance of major prey species for that specific area.

Spatial and Temporal Variation in the Diet of Coyotes in the Chicago Metropolitan Area"208.28 KB